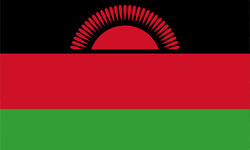 There is a lot to say about Malawi. You will find some basic information on Wikipedia page of Malawi, see here: Wikipedia Page

Malawi officially the Republic of Malawi, is a landlocked country in southeast Africa that was formerly known as Nyasaland. It is bordered by Zambia to the northwest, Tanzania to the northeast, and Mozambique on the east, south and west. The country is separated from Tanzania and Mozambique by Lake Malawi. Malawi is over 118,000 km2 with an estimated population of 16,777,547 Its capital is Lilongwe, which is also Malawi's largest city; the second largest is Blantyre and the third is Mzuzu. The name Malawi comes from the Maravi, an old name of the Nyanja people that inhabit the area. The country is also nicknamed "The Warm Heart of Africa".

If you are here, you can visit a lot of beautiful places around Zomba.
Mostly in the weekends our volunteers will go on a trip.
Some things to do you will find below; 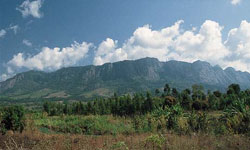 In Zomba we are living between the mountains in a valley. On the Zomba Mountain (1800m) you will find the Zomba plateau which gives you an excellent view of Zomba and the villages around. You can go for a short or long walk and see baboons, visit the dam, the Williams falls, Chingwe's Hole, Queens view and Emperor's view.

Mulanji
The Mulanje Massif, also known as Mount Mulanje, is a large monadnock in southern Malawi near the city of Blantyre, rising sharply from the surrounding plains of Chiradzulu, and the tea-growing Mulanje district. It measures approximately 13x16 miles (22x26 kilometres) and has a maximum elevation of 3,002 m at its highest point, Sapitwa Peak. More on Wikipedia here. 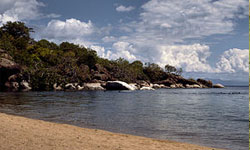 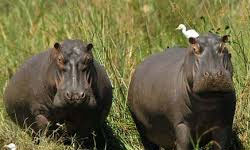 Liwonde National Park is a national park in Malawi. It is located on the upper Shire River plain, east of the river, 140 km north of Limbe. Its southern gate lies about 6 km from the town center of Liwonde, and is accessible by bicycle taxi or walking. There are several affordable lodges near this entrance gate, the most famous being Liwonde Safari Camp and Bushmen's Baobab. The one main lodge inside the park is Mvuu (which means "hippo" in Chichewa) Camp. All lodges provide accommodations and game viewing on walking tours, drives, and boat/canoe trips. The park is home to several species of antelope (impala, kudu, waterbuck, etc.), elephants, buffalo, crocodiles, hippopotamus and many other mammals. Also there are more than 400 species of bird found in this park.
Copyright 2020 Likhubula Youth Organisation {LIYO}